«Live streaming is the worst thing for the network»

Large-scale events such as the Street Parade place a heavy strain on local mobile networks. Network engineer/specialist Patrick Fux explains why it’s not always easy to provide a top-notch network in the city of Zurich, and why a Scout jamboree can crash the network. 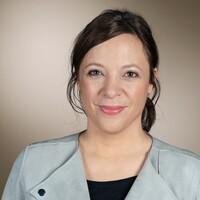 «Switzerland is the ‘capital of entertainment’ when it comes to outdoor events,» laughs Patrick Fux, senior RNO engineer at Sunrise. In total, there are thousands of events, of which around 150 are significant for mobile providers and Sunrise needs to prepare accordingly. But what exactly does «prepare» mean?

Living in modern times as we do, we’re used to having reception on our mobile devices wherever and whenever we wish – whether at Zurich Central Station or in a remote Valais valley, our mobile phone works.

This is possible because telecom companies estimate the number of people in an area at any given time and set up their systems accordingly. In most cases, the estimate is fairly accurate, and the local network works flawlessly. But when a million people suddenly gather around Lake Zurich basin, the normal capacity is of course far from sufficient.

In the run-up to the Street Parade, the experts at Sunrise are therefore equipping the area with temporary antennas. These will be placed around the lake basin, since that is where most people are expected to be.

Sunrise in action: The extra antennas for the street parade will be installed at 4:00 to avoid disrupting the morning rush hour traffic.

In addition, many of the visitors are likely to be in the same spot for quite some time, which is not always the case at other events: «You reach the critical point when the headliner is playing at a festival or during the firework display at Züri Fäscht,» explains Patrick Fux.

In order to be able to offer a good network at the Street Parade, four mobile communications systems need to be installed in addition to the numerous fixed systems. At Züri Fäscht, there are even seven extra systems.

So can we guarantee that there will be fast Internet, clear phone calls, and dynamic texting throughout the Street Parade?

«Yes and no,» says Patrick Fux. «Data traffic doubles every year, making it increasingly difficult to guarantee flawless service – the worst thing for the network is live streaming!» In order just to show your mom at home that you’re at the Street Parade, you use a data stream that takes up network resources for as long as the connection is active. When someone sends a picture, video or message, these resources are only briefly in use and are then immediately available for others again.

But this year’s OpenAir St. Gallen gives us hope. Despite high network utilization, the Sunrise 4G and 5G networks achieved excellent results. «We had an unbelievably good data speed. I didn’t have the slightest problem during the whole event,» the senior RNO engineer is pleased to report. However, you can never achieve a perfect success rate. Even at Zurich Central Station, the mobile network doesn’t work at 100 percent between five and seven o’clock in the evening but hardly anybody notices this small overload.

Events that take place for the first time are very tricky

A bigger problem, on the other hand, is when large-scale events take place in a remote area. In a small Swiss side valley, 10,000 people can be a lot and can completely overwhelm telecom companies’ existing systems. Events that are taking place for the very first time are also especially tricky because the experts can’t draw on previous experiences. This year, for example, the National Scout Jamboree took place in Obergoms in Valais. «30,000 young people spend two weeks camping there and our permanent system is quite modest,» laughs Patrick Fux. The preparations for such an event are very intensive. It takes a lot of meetings and planning in advance – and, naturally, the camp will be somewhere else again in 14 years! The situation is similar at the National Wrestling and Alpine Festival, which takes place at a different location every three years – but here you can at least build on the experiences of past festivals.

Tip 1: If nothing else works, leave the crowd briefly and search for a side alley. There, the network should be working as usual again.

Tip 2: Tip 1 will also work at a festival. When your all-time favorite band isn’t playing, it’s worth searching for good reception on the edge of the festival grounds.

Tip 3: Try being patient. As explained above, the network usually doesn’t work well during peak times. When the headliner or the fireworks have finished, the connection will be back to normal.