A new ski suit for Switzerland: The premiere of «Levada»

Not only fashion trends are a hot topic; the ski suits worn by the Swiss skiers have also been a source of conversation over the years. After 20 years, the time has finally come again: With the Swiss-Ski sponsorship change, a new ski suit is also hitting the slopes. 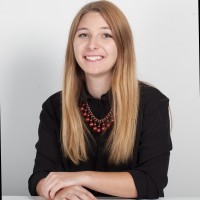 There has been a lot of speculation. Since Sunrise became the new main sponsor of the skiing association Swiss-Ski on May 1, 2022, the new race suit’s design has also been a focus. Wild patterns like the Swiss Cheese Union or rather brand colors like with Swisscom? The comment columns are bursting with assumptions.

But how does a new racing suit like this come about? What’s important? And who is involved?

The idea is the start

«Everything starts with a story,» says Carlo D’Alanno, Executive Creative Director at the Rufus Leonard design agency. And this start was already in the summer of 2021, when Rufus Leonard was commissioned to design the new ski suit. But like in any creative process, here, too, we try things out, discard drafts, and rethink everything. And like in any creative process, too many failed ideas can lead to frustration.

What helps in that case: New inspiration. It seems obvious that the brand Sunrise would make us think of dawn. But the feeling behind it means more; because what’s more beautiful for skiers than being the first on the mountain at sunrise and capturing the special vibe?

So, it’s clear: The new design should be called «Levada», which means «sunrise», but also something like «getting up again and again» in Romanic.

Appearance is not everything

Of course, a racing suit for the Swiss ski team must be able to do more than just please the eye: Functionality is paramount in sports, and everyone agrees that the new ski suit has to be «fast».

A new era of ski apparel began in 1970, when, for the first time, suits were no longer made of cotton, but rather of aerodynamic, synthetic materials. A lot has changed since then and the goal is nothing less than having the fastest suit of them all. Because as the CEO of Sunrise, André Krause, says: «You don’t enter a race that you don’t want to win.»

Collaboration is the key to success

Neither functionality nor design can stand on their own. This is also the first commandment of developing a new racing suit. Carlo D’Alanno explains that the design had to be vertical so that there was no counter-effect with the material. This only leads to unwelcome air resistance.

But what looks good on paper also has to stand the physical test. «The biggest challenge is to bring the design to life in 3D on the athletes,» says Christian Zingg, Head of Equipment at Swiss-Ski.

The test in the wind tunnel

After more than a year of development, it’s time for the test. First, the people who will actually be wearing the ski suit on the slopes test it in the wind tunnel. To ensure that the suit fits like a glove, the exact sizes of every skier are determined by means of a body scan and the styles are cut individually. When everything is snug, it’s time to go into the wind tunnel for the first test.

But what does it look like now, the new ski suit of the Swiss ski team? And does it fulfil all the requirements? Find out all the details in the video below.