RONDO on its way to becoming a Smart Factory

For RONDO, a Swiss bakery machines manufacturer, everything revolves around the automated rolling out and processing of dough. We visited the Swiss machinery company in Burgdorf and asked in what way digitization is boosting its innovative strength. 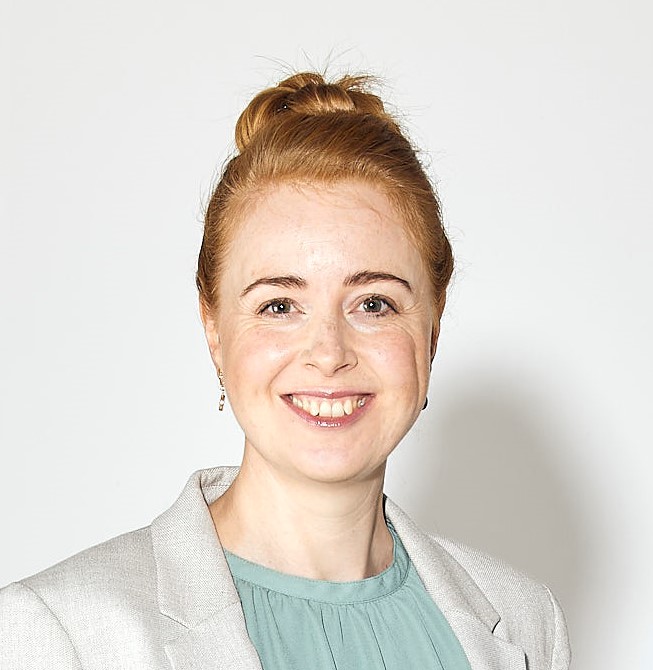 Emmental isn’t just about cheese. Croissants, breads and donuts also have a long tradition here. Founded in Burgdorf in 1948, RONDO has grown into a company of long-standing tradition that is now known worldwide in the bakery industry. The Swiss SME builds high-quality machines and systems for the automated production of pastries, bread, pizza, croissants, donuts and much more.

«An Emmental native does not seem to be a cosmopolitan type per se», says Sandro Bernasconi. Bernasconi, a tall man in his mid-forties with alert eyes, is Head of ICT at RONDO and shares responsibility for digitization within the group. The word «Emmental» isn’t necessarily associated with international expansion, digitization and IoT. And yet it is precisely topics like these that are at the core of the company from the Bern-Mittelland District. Innovation is a top priority for RONDO. Being in Emmental is not a reason for entrepreneurial restraint, says Bernasconi. The machine manufacturing company has established itself as a pioneer in the market far beyond the valley and today sends its products all over the world. When founder Gustav A. Seewer had his first pastry rolling machine patented in 1953, he laid the foundations for what continues to drive RONDO today: launching groundbreaking innovations that bakeries love, whether small, large or industrial. Digitization has been a fixed part of the company strategy for more than three years. Together with Marc Besson, Head of Development and CTO at RONDO, Bernasconi is promoting a clear, targeted vision for the long-standing company.

Digital collaboration tools such as Microsoft Teams, SharePoint and OneDrive, as well as software products from PTC and SAP form the basis for efficient collaboration with the machine manufacturing company in Burgdorf. «Essentially, it is the pathway to the cloud that we are striving for and that should help us strengthen the way we work together», says Marc Besson. RONDO has not yet attained the goal of moving all its services into the fabled cloud. Digital machine models and drawings, for example, are a valuable asset. If they ended up in the wrong hands, that would be a major problem. «That’s why all of this data is still on our servers here in Burgdorf», says Besson. The main reason for this is security: «We are talking about immensely high data volumes of our intellectual property, which we definitely want to keep in our own hands.»

RONDO places high priority on safeguarding security. Employees in the development department are reminded of this in a monumental way when they glance up from their screens from time to time and look out of the window. There they see the fortress, the city's landmark: Burgdorf Castle, which sits on a hill just a few hundred meters from the company’s headquarters.

Precision work: For the past 70 years, RONDO has been building machines and systems for the production of pastry. The factory runs around the clock and is partially automated, even during unmanned shifts.

But at the company’s headquarters, the thoughts of the IT specialists up top on the fourth floor and the designers on the second floor don’t just revolve around the topic of security. The team of developers and programmers also ensures that the pioneering spirit of the company’s founder Seewer continues to live on. One of the major goals of RONDO is to optimize business processes and create new business models with digital twins. «Technology can go in different directions», explains Besson, a trained mechanical engineer. «Our vision is to make significant progress in the field of engineering. This would allow us to test a new device using a digital twin at an early stage of development and see how it works. Based on the collected data, we would make changes to the prototypes.» The other area concerns launching machines on the market. New devices are usually presented at a trade fair or in the factory. RONDO continues to invite its international customers to the showroom in Burgdorf for a live presentation of how the dough is rolled out and shaped. «In the future, we could imagine providing retailers with a virtual model so that they can test the machine using VR glasses.» In this way, it would be possible to learn how to use the machine from anywhere. «We would be able to train an entire dealer organization virtually and also make maintenance and service operations more efficient and easier. And all this while we are still finalizing the standardized machine here in Burgdorf.»

The use of digital 3D models simplifies the workflows during assembly and is increasingly replacing the ERP-based item list system.

As exciting as the vision sounds, the question of how RONDO will monetize this technology in concrete terms has not yet been clarified. «We don’t want to invest money in a digital twin without customer benefits», says Besson.

The Internet of Things opens up many possibilities

The same applies to developments in the area of IoT, the Internet of Things. «These technologies offer enormous added value», says Besson, citing an example: With IoT, climatic conditions can be automatically integrated into the production process. When the weather becomes warmer and more humid in summer, the machine will react automatically and make sure that the quality of the baked goods is not affected by the changes. Besson also sees potential in monitoring the production process of croissants using cameras and recognizing whether the dough is being rolled correctly or whether the operator needs to intervene. But RONDO is also active in the field of artificial intelligence (AI) and has launched the first machines to use serial AI algorithms that optimize production using complex data sets. «Today, we already have customers in Indonesia and China who integrate our IoT platform into their superordinate MES (Manufacturing Execution System),» says Besson. We also have identical connections to MES systems in Italy. Here, however, the concept of government subsidy prevails over the improved productivity.

«We turn, mill and assemble. But we can do more. Digitization and the Internet of Things offer enormous added value»: Marc Besson, Head of Development and CTO at RONDO.

«We want to earn money with digital twins.»
Marc Besson, Head of Development

The ambitions are high. The ideas diverse. However, the market conditions put limits on innovators from Burgdorf. «The bakery world is rather conservative», says Besson. «A lot of persuasion is still needed here.» According to Besson, RONDO is already relatively far along with regard to digitization. But it wouldn’t help to overwhelm the industry. It will take patience. «We need to take retailers and end customers with us along the way. So that at some point they recognize the advantages of digitalization as such.»

Pioneers Besson and Bernasconi and their employees are also constrained by the reality within their own company. DECT phones are still used for alerts, for example. Mobile network-based collaboration solutions could offer real added value here. During a tour of the factory, a few things catch the eye: There are post-it notes on the screens. In the production hall, physical construction plans and printed Excel tables are attached to the wall with magnets. And on the clean and tidy tool benches, bulging folders are lying around.

RONDO set a goal for itself to become completely paperless already quite some time ago. But there have been obstacles to implementing this goal. «Of course, we prefer high-resolution 3D models in production over old 2D paper plans. However, we still have numerous instructions that simply only exist on 2D drawings. Our product portfolio does not allow for the Smart Factory yet because the information to construct old designs is often not available digitally.» Something like this simply cannot be changed overnight.

Sunrise – your partner for the Smart Factory

By implementing digital communication and collaboration tools, Sunrise creates the conditions for efficient processes and seamless communication with customers and suppliers. Sunrise is also your ideal partner for projects in Industry 4.0. The basis for increased productivity is a stable, secure and powerful network for data communication. We support the manufacturing industry in implementing the digital workplace and offer the largest and fastest 5G network in Switzerland. The new mobile communications standard opens up spectacular possibilities for the Internet of Things (IoT) – and thereby an endless spectrum of innovations for companies.

Although RONDO uses significantly less paper today and the internal exchange of information is also well on the way toward digitization, these processes are still in development. Here, too, it is important to take people – in this case, the company’s own employees – along on the journey. Management acts as a role model in this sense, says Besson. This is the only way to ensure that the entire workforce trusts the new tools. «We also need to give people time to get used to the idea of operating purely digitally. We still have employees who prefer to work with paper and like to add notes with a pen here and there.»

Digital transformation in the factory floor: It doesn’t work without paper just yet.

The finishing line in sight: Bernasconi and Besson are driving digitization forward with concrete plans.

The transformation of a company in the digital age requires not only a consistent transformation strategy, but also massive perseverance. «Perhaps», Besson muses, «this is where the Emmental mentality comes into play again.»

For 70 years, RONDO has been developing high-quality machines and systems for the production of baked goods of all types. The RONDO Group employs around 440 employees and consists of its headquarters in Burgdorf as well as ten subsidiaries and sales offices in Europe, Asia and the USA. Marc Besson: from designer to mechanical engineer and innovation driver to digitization visionary with Emmental roots. Sandro Bernasconi: from mechanic to developer, from PLM responsibility to ICT management with passion and holistic wellbeing out of conviction.